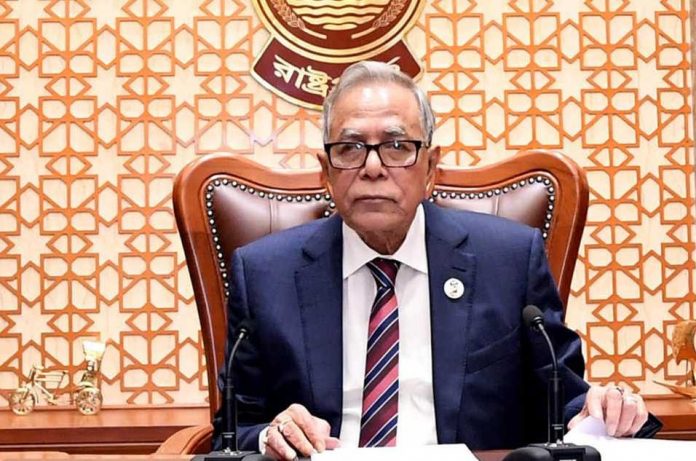 “An investment-friendly environment is prevailing in Bangladesh… So I urge investors to invest in different potential sectors here,” president’s press secretary Md Joynal Abedin quoted the President as saying during the meeting.

Welcoming the new envoy, the president said Bangladesh always maintains excellent relations with Canada and the tie is gradually expanding in various fields, particularly in trade and investment, with the country.

He gratefully recalled Canadian’s cooperation in ensuring duty-free-, quota-free market access to Bangladeshi products to Canada, terming Canada as one of the largest export destinations.

President Hamid thanked the Canadian government and its people for providing support with vaccines and other medical equipment during the Covid-19 outbreak.

The president expressed hope that the recently formed ‘Blue Ribbon’ working group comprising private sector representatives from both countries would positively contribute to enhancing trade and investment between the two countries.
Terming the forcibly displaced Rohingyas taking shelter in Bangladesh as a huge problem for Bangladesh, the President sought the Canadian government’s continued support to put pressure on repatriating the Rohingyas to their homeland in Rakhine State, Myanmar.

During the meeting, the high commissioner lauded Bangladesh’s humanitarian role in sheltering Rohingya people, calling it a brave step and an exemplary humanitarian act across the globe.

She also told the President that her country would continue to provide necessary support in the days to come.

The head of the state hoped that trade between the two countries would further increase during her tenure as the new envoy.

She sought the president’s all-out cooperation in discharging her duties in Bangladesh.

Earlier, on her arrival at Bangabhaban, a smartly turned-out contingent of the horse-mounted President Guard Regiment (PGR) gave the high commissioner a guard of honor.