BREAKING: Aamir Khan BREAKS silence on his divorce with Kiran Rao; says “There was a change in our relationship as husband and wife. And we wanted to give respect to the institution of marriage” 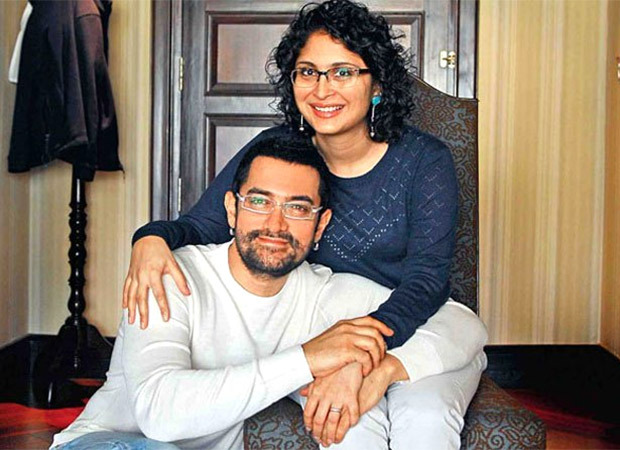 Aamir Khan celebrates his 57th birthday tomorrow, on March 14. The superstar was last seen in the period action film Thugs Of Hindostan (2018). His next film, Laal Singh Chaddha was all set to arrive in cinemas in December 2020. However, due to the pandemic, the film got delayed and will finally hit cinemas on Independence Day 2022. As a result, the superstar rarely appeared in front of the media and gave interviews in the last 3-4 years.

Meanwhile, Aamir Khan was in the news in July 2021 when he announced that he’s divorcing his wife Kiran Rao. It led to a lot of controversy and the superstar maintained his silence on this development.
However, on a news channel, Aamir Khan appeared and gave a rare interview. During the course of this conversation, when he was asked about his decision to divorce Kiran Rao, Aamir Khan gave a very lengthy answer. He said, “Kiran ji and I love each other. We have a lot of respect and fondness for each other. And I understand that people don’t understand our equation. It’s difficult for people to understand. This is because, usually, we don’t see a bond like this (among couples who separate).”
Aamir Khan continued, “Kiran ji and I have had this discussion for a long time. Hum ek dusre ko saahi maano mein family maante hai. Be it Kiran ji’s, her parents, her brother, her sisters and my family…so Kiran ji and I are family. There was a change in our relationship as husband and wife. And we wanted to give respect to the institution of marriage. We are going to hold each other’s hands and move ahead. We are working together. We are also collaborating on the Paani Foundation. She lives in the same building, on the floor above.”
Aamir Khan further said, “I have been very lucky. My first wife was Reena ji. We both were too young at that time. We had grown up together. Even after we separated, we are still together even today.”
When asked how it is possible, the superstar replied, “This is because woh insaan bahut achhi hai. (Smiles) Aur unko lagta hai ki main insaan bahut accha hoon. Me, Kiran ji, Reena ji and Satyajit Bhatkal have collaborated on the Paani Foundation. In short, Reena ji and I are also working together.”
Aamir Khan emphasized, “Usually, when couples separate, they tend to fight. But this didn’t happen, neither with Reena ji and me nor with Kiran ji and me. My younger sister Farhat got married to Reena’s younger brother, Rajeev Datta. So, you see, our family is quite connected to each other.”

The interviewer pointed out that usually; couples go separate ways due to a third person. At this time Aamir Khan stated, “Of course, that can happen. However, in both these situations, that was not the case. When I divorced Reena ji, there was no one in my life. People believe that I was dating Kiran ji at that time but that’s not true. I did meet Kiran ji during the making of Lagaan (2001). However, we didn’t know each other so well then. 300 log the tab (unit mein aur usme se) ek Kiran ji thi (laughs)!”
Finally, Aamir Khan said, “We also place a lot of importance on our kids, be it Junaid, Ira or Azad. We don’t want to take steps that would harm them. We’ll take care of them, while at the same time, also considering the situation at hand.”
Also Read: Amitabh Bachchan responds to Aamir Khan’s reaction to Jhund- “I think Aamir has always been a very good judge of films”