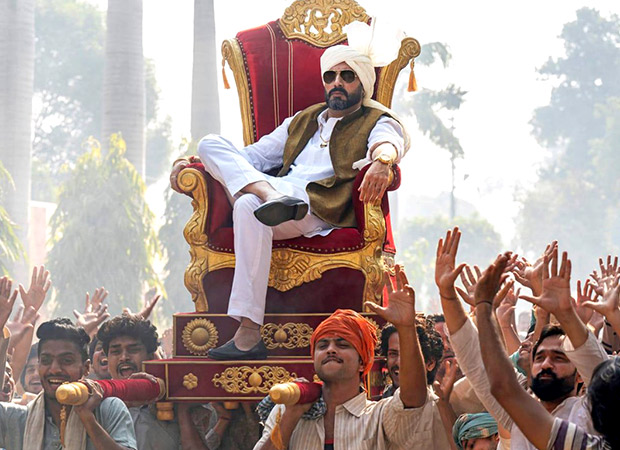 The pandemic era accelerated the trend of films releasing directly on digital platforms and thereby skipping the theatrical route. Several films opted for this model as theatres were shut and there was a question mark on when the cinemas would reopen and whether audiences would come in large numbers to watch movies on the big screen. Although the cinema business is almost back on track, it’s not uncommon to see certain films releasing directly on OTT even today.

Bollywood Hungama has learnt that a film that is all set to bypass the theatrical release and arrive directly online is Dasvi. It stars Abhishek Bachchan, Nimrat Kaur and Yami Gautam. A source said, “The film will be released on April 7. It is produced by Jio Studios and Dinesh Vijan’s Maddock Films. Their last film together, Mimi (2021), was premiered on both Jio Cinema and Netflix. Similarly, Dasvi would also be released on both the streaming giants.”
This will be Abhishek Bachchan’s fourth digital offing after Ludo (2020), The Big Bull (2021) and Bob Biswas (2021). Even for Yami Gautam, Dasvi marks her fourth direct-to-OTT release after Ginny Weds Sunny (2020), Bhoot Police (2021) and A Thursday (2022).

The source said, “Abhishek Bachchan was praised in these three OTT films and also in the web series Breathe: Into The Shadows (2020). Even in Dasvi, he has delivered a memorable performance. Yami Gautam, meanwhile, was loved in A Thursday, which was released recently. Though Nimrat Kaur was last seen in Airlift (2016) six years back, she is remembered even today. As a result, the star cast is sure to create a buzz. Moreover, the film is said to be a comedy with a great social message about education. And the fact that it’s produced by Dinesh Vijan, who has given memorable similar films in the past like Hindi Medium (2017) and Angrezi Medium (2020), has made Dasvi a film to watch out for.”
As per the source, the official announcement of Dasvi’s digital release and the release date is expected to take place today, that is, Monday, March 14.
Also Read: EXCLUSIVE: Dasvi star Nimrat Kaur to celebrate her 40th birthday in Rajasthan with family