EXCLUSIVE: Despite the third wave and postponement, RRR’s digital release plans remain UNCHANGED; to release on Netflix 75 to 90 days after theatrical release 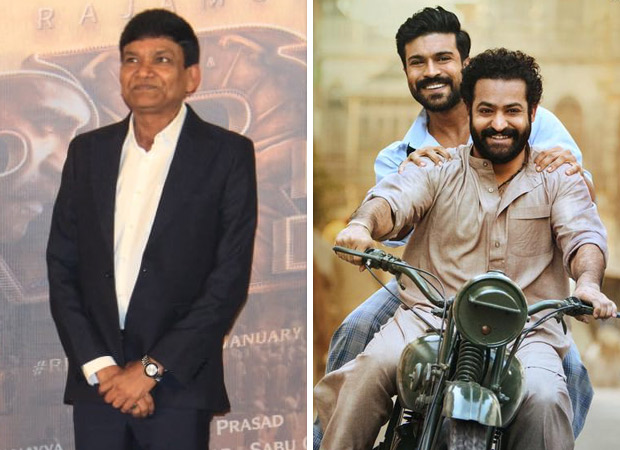 The success of Gangubai Kathiawadi has made it clear that 2022 would be a great year for the theatrical business. All eyes are now on RRR, directed by blockbuster director S S Rajamouli. His films belonging to the Baahubali franchise have emerged as huge hits. As a result, the excitement is tremendous and the theatrical trailer, which was released in December 2021, added to the hype. At the grand launch event, all the actors of the film – Ram Charan, Jr NTR, Ajay Devgn and Alia Bhatt – were present along with S S Rajamouli.

One more person present on the stage was Jayantilal Gada, on PEN India. He grabbed the headlines with the quote that RRR would arrive on digital 75 to 90 days after it releases in cinemas. This was quite a statement since almost all the films which have been released in the post-pandemic era have arrived on a streaming platform within four weeks of release in cinemas.
RRR was all set to release in theatres on January 7, 2022. However, the third wave led to its postponement. The film would now release in cinemas on March 25, 2022. With this delay, many among the audiences and trade wondered if RRR makers’ decision to premiere the film after nearly three months would still be on. They felt that now RRR might come on digital sooner, just like the other films releasing post the second and third wave.
In a recent exclusive interaction with Bollywood Hungama, Jayantilal Gada was asked about this aspect. To which he said, “Yes, that plan (of releasing RRR on OTT 75 to 90 days after the theatrical release) is very much on. We’ll decide when exactly the film will come on digital after it’s out in theatres.”
ZEE5 has secured the digital rights of RRR for Tamil, Telugu, Malayalam, and Kannada versions, while Netflix will stream the movie in Hindi.
Also Read: Alia Bhatt won’t be speaking her own Telugu lines in RRR