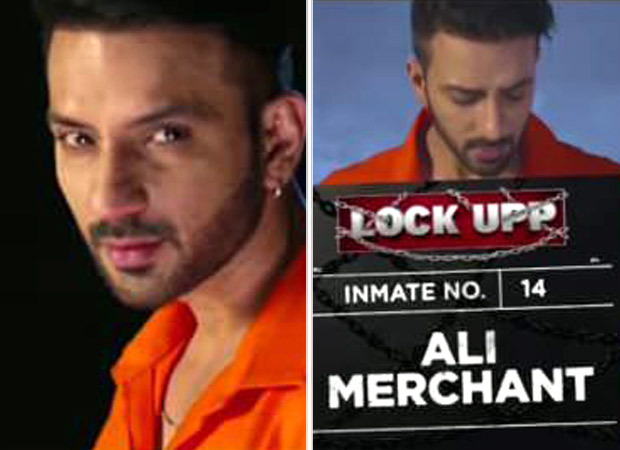 Kangana Ranaut’s fearless reality show ‘Lock Upp: Badass Jail Atyaachaari Khel’ is all about twists and turns. The unique captive reality show has been the talk of the town, and audiences can’t seem to get enough of it. Lock Upp’s entertainment just doubled when Sara Khan’s ex-husband Ali Merchant enters the show as the 14th contestant.

Ali merchant’s wedding with ‘Lock Upp’ contestant Sara Khan had attracted much attention as the couple had got married on a reality show. However, they broke up after some time. Ali had spoken a lot about how situations changed in his life after the break-up and that he was not getting any work. Sara was also seen claiming that their bonding was not so good. Now ‘Lock Upp’ has brought them in front of each other. It would be interesting to watch how they deal with each other in Lock Upp. Will the audiences get to see them in the same team, or will they be the opponents? Will this be an opportunity for them to sort out their differences, or will they will get into another mess? It would be interesting to see how things will flow.
Talking about his ex-wife’s presence on the show, Ali said,” I feel this is the format of this show where she has to be there. I am sure she is also there to reinvent herself. I hope she believes in that and I hope she sees that in a positive way which is better for her and her future. And if she doesn’t, then it’s her loss”.
Ali considers Munawar a tough competitor who is also his favourite contestant. “So far, my favourite contestant is Munawar because he is so real and raw, a bit mischievous, his thinking is clear, so far everything is looking very amazing. I think Munawar is doing very well,” he adds.

ALTBalaji and MX Player are live-streaming Lock Upp 24×7 on their respective platforms and allow the audiences to interact directly with the contestants. Stay tuned to ALTBalaji & MX Player for more updates on the show.
ALSO READ:Lock Upp: Payal Rohatgi tries to shame contestants for smoking; Karanvir Bohra says she will be left isolated