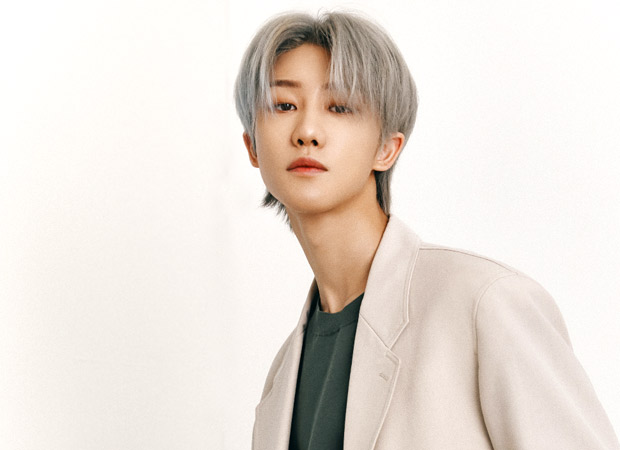 South Korean group SEVENTEEN’s member The8 will reportedly release a new Chinese-language solo track titled ‘Hai Cheng’ later this week. The song “Hai Cheng,” which is named after the singer’s hometown of Haicheng in China’s Liaoning Province, will be released as a digital single on music streaming websites.

The forthcoming single marks The8’s fourth Chinese song, as well as his first solo release in almost a year since ‘Side By Side’ in April 2021. “The8 has been participating in lyric-writing and songwriting,” said his agency. “He has been conveying his feelings and authenticity through his music.”
On March 13, the band shared via Twitter that Chinese member The8 is set to release his fourth solo single. The tweet featured a promotional poster for the single along with details about its release date and title mentioned with the singer’s birth name, Xu Minghao, written in Chinese characters.

Xu Minghao, popularly known as The8, is a Chinese singer, songwriter, and dancer based in South Korea and a member of the South Korean band SEVENTEEN. He debuted in 2015 as a group member with their first EP ‘17 Carat’ which was digitally released on 29th May. The album became the longest-charting K-pop album of the year in the US and was the only rookie album to appear on Billboard’s “10 Best K-Pop Albums of 2015” chart.
SEVENTEEN is a thirteen member group consisting of members namely: S.Coups, Jeonghan, Joshua, Jun, Hoshi, Wonwoo, Woozi, DK, Mingyu, The8, Seungkwan, Vernon, and Dino. The group performs as one group, and the members are divided into three units, each with a different area of specialization: ‘Hip-Hop Team’, ‘Vocal Team’, and ‘Performance Team’.
Also Read: Start-Up star Bae Suzy in talks to lead Netflix’s new webtoon-based drama The Girl Downstairs