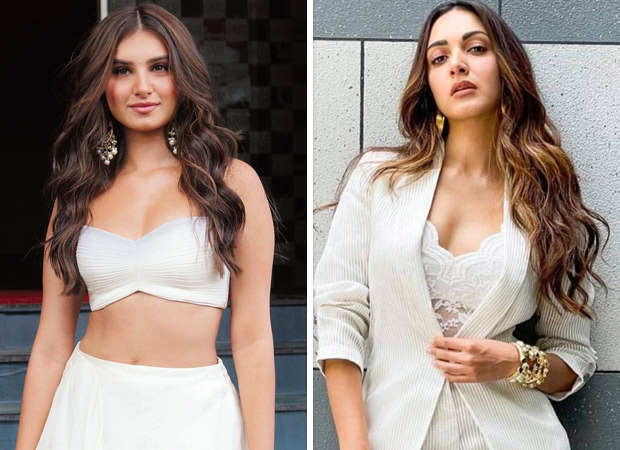 Tara Sutaria, who was last seen in Tadap opposite Ahaan Shetty, has been signed on yet another interesting project. After being a part of a few sequels like Student of The Year 2, Ek Villian Returns and Heropanti 2, Tara is expected to experiment with a woman-centric film. The Marjawaan actress has been roped in as the leading lady of the Murad Khetani production Apurva.

While rumours were rife that the film is expected to feature Kiara Advani, it seems that Tara Sutaria has come on board for Apurva. A source had earlier mentioned that the film is expected to be an adrenaline pumping thriller and traces a day’s journey from a woman’s life.  Although further details on the film are currently being kept under wraps, all we know is that it is expected to be a small-budget project.
Interestingly, this film will be a first for Tara Sutaria, who has not experimented with a woman-centric film by far. As for Kiara Advani, it is being said that since the actress is already expected to feature in the Ashutosh Gowariker production Karram Kurram based on the journey of women who own India’s most famous papad company, Lijjat, she was not keen on signing another woman-centric film back-to-back.
Coming to Tara’s projects, the actress will reunite with her Student Of The Year 2 co-star Tiger Shroff in Heropanti 2. The Sajid Nadiadwala production is expected to be an action-packed entertainer and will hit the screens on April 29, 2022. The actress is also a part of an ensemble cast in Ek Villian 2 which will also feature John Abraham, Disha Patani and Arjun Kapoor in lead roles. The Mohit Suri film is expected to hit the screens on July 8, 2022.
Also Read: Tara Sutaria signs her first solo lead film bankrolled by producer Murad Khetani