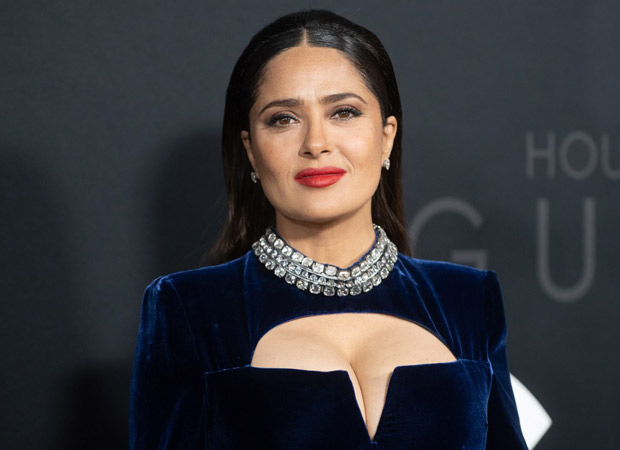 Salma Hayek is all set to return for the role of Kitty Softpaws in the long running, much awaited Puss in Boots: The Last Wish, sequel to the 2011 Spanish speaking American film Puss in Boots.

According to Deadline, Salma Hayek Pinault is set to reprise the role of Kitty Softpaws in the Puss in Boots sequel The Last Wish, reteaming with Antonio Banderas who plays the titular feline. The duo will be joined by a third amigo this time around as Harvey Guillén, who makes his franchise debut in the role of Perro, Kitty and Puss’ canine associate. The Last Wish follows the daring outlaw Puss in Boots as he discovers that his passion for peril and disregard for safety have taken their toll.
Joining Salma Hayek and Antonio Bandares is the star-studded ensemble including Florence Pugh, Olivia Colman, Wagner Moura, Ray Winstone, John Mulaney, Da’Vine Joy Randolph, Anthony Mendez, and Samson Kayo. Distributed by Universal Pictures, the film has Joel Crawford and Januel Mercado attached to direct and co-direct respectively with Mark Swift serving as producer. The film is executive produced by Illumination founder and CEO Chris Meledandri.
The original 2011 film was a Shrek spinoff following Puss’ adventures prior to his debut appearance in Shrek 2. Talks surrounding a Puss in Bootssequal have been running around since 2014. As per the report, Puss in Boots 2: Nine Lives & 40 Thieves was announced in June the same year with a November release date. But the feature was delayed by a month before it was removed from the schedule due to restructuring at DreamWorks.
The first trailer for Puss in Boots: The Last Wish will drop on March 15.
Also Read: Marvel’s Eternals actor Salma Hayek: “It’s a humbling experience to play a superhero in your 50s”