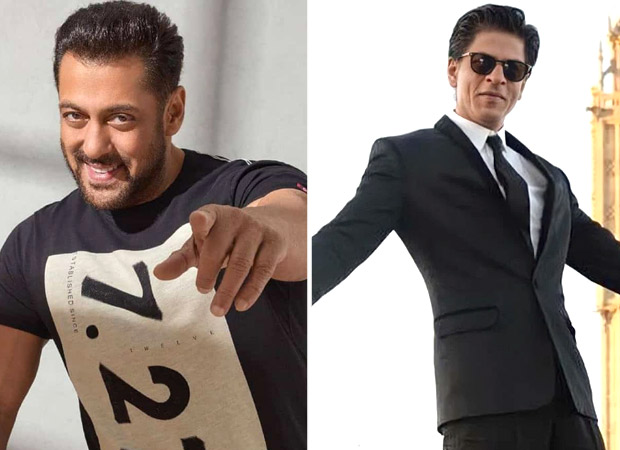 “Adi and Salman have had multiple meetings over the last year, and are now bonding like two friends. Recently, in between the shots of Tiger 3, Adi Chopra took Salman along to the preview theater to show 20-minute footage of Pathaan along with another 15-minute preview of his presence in the film. The filmmaker along with director Siddharth Anand has completed the VFX work on these particular sequences and hence, Adi wanted feedback on the output. Salman was blown away with what he saw on the screen,” revealed a very highly placed source to Bollywood Hungama.
That’s not all, soon after the screening, Salman picked up the call on Shah Rukh. “He spoke for a good amount of time with SRK and assured him that the film is a blockbuster. He was happy with the output and asked his good friend to not worry as the film will set new benchmarks at the box office. He appreciated the efforts taken by SRK to get into the action mode and congratulated him for the grand success that’s to follow in January,” the source added.
Salman apparently also chatted with Adi on how Pathaan is the perfect vehicle to justify the aura and euphoria of SRK, who returns to the big screen after a four-year break. Meanwhile, YRF studios is currently busy working on post-production of their two mega-budget spy thrillers, Pathaan and Tiger. The two films are expected to take the box office by storm next year on 25 January 2023 and 21 April 2023 respectively. Pathaan stars Deepika Padukone as the female lead while Tiger 3 stars Katrina Kaif as the female lead.
Also Read: Shah Rukh Khan is expected to wrap up shoots of Pathaan, Rajkumar Hirani’s next and Atlee’s next in 2022

US embassy issues alert for its citizens in Bangladesh

Geo-scientific data should be used in developing sustainable infrastructures

People will enjoy benefits of dev projects in Coxs Bazar once completed:PM

US embassy issues alert for its citizens in Bangladesh

Geo-scientific data should be used in developing sustainable infrastructures

People will enjoy benefits of dev projects in Coxs Bazar once completed:PM