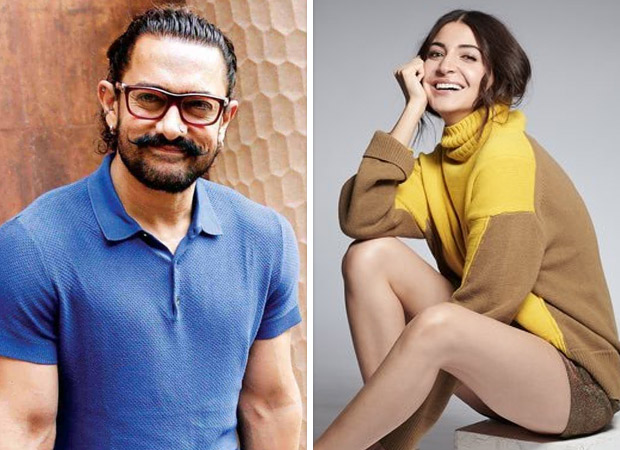 Aamir Khan is currently working on his upcoming film Laal Singh Chaddha. While the film will be released on August 11, the actor recently revealed that he is in talks for his next film and will be announcing the same soon. Reportedly, Aamir will next be seen in a film directed by RS Prasanna who had directed Shubh Mangal Saavdhan. According to the reports, Anushka Sharma has been approached to play the female lead.

Reportedly, RS Prasanna is currently working on the pre-production of the film after getting approval from Aamir Khan. He is also in talks with Anushka Sharma to play the lead opposite Aamir Khan. She has reportedly given her nod for the project and will sign the agreement after the final narration. The film is said to be a touching dramatic comedy about a basketball team made up of people with disabilities.
The said film is the official remake of the Spanish film Campeones. Campeones meaning Champions is a sports comedy-drama set against the backdrop of basketball where an arrogant coach is forced to do community service and train a team with developmental disabilities. The film starred Javier Gutierrez, Jose de Luna, Gloria Ramos, Roberto Chinchilla, Athenea Mata, Luisa Gavasa, Mariano Llorente, Daniel Freire, and Juan Margallo. It was directed by Javier Fesser. The film was the biggest national box office hit of the year.
The Hindi remake will be set in Punjab with Aamir playing the role of a stubborn and hot-headed minor league basketball coach who is sentenced to community service and forced to coach a Special Olympics team, whose players have a range of learning disabilities. Aamir will focus on the project after the release of Laal Singh Chaddha. Meanwhile, Anushka will start shooting for the film after completing the shoot of Chakda Xpress.
ALSO READ: Aamir Khan says he has quit alcohol now: ‘I would down an entire bottle at times’