Grammys 2022: BTS, Olivia Rodrigo, Billie Eilish among the first artists to be in the line-up of performers 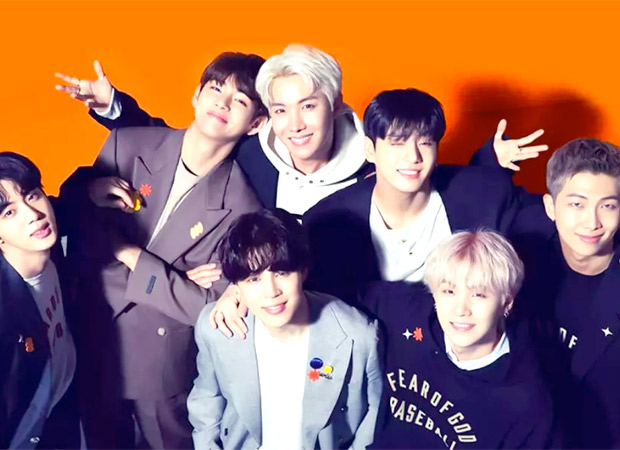 The Recording Academy has announced the first slate of global musical artists set to hit the stage at the 2022 Grammy Awards to be broadcast live from MGM Grand Arena in Las Vegas.

As per Variety, the 64th Annual Grammy Awards will be broadcast live on Sunday, April 3, 2022, at 8 p.m. ET/5 p.m. PT on CBS and will be available to stream live and on demand on Paramount+. Hosted by The Daily Show’s Trevor Noah, taking the stage on Music’s proverbial Biggest Night will be current nominees BTS, Brothers Osborne, Brandi Carlile, Billie Eilish, Lil Nas X with Jack Harlow, and Olivia Rodrigo.
South Korean juggernaut and K-Pop sensation BTS are up for Best Pop Duo/Group Performance (‘Butter’). The country music duo Brothers Osborn has earned two Grammy nominations this year: Best Country Duo/Group Performance (‘Younger Me’) and Best Country Album (‘Skeletons’).
Six-time Grammy winner Brandi Carlile is nominated for Record of the Year (‘Right On Time’), two nods for Song of the Year (‘Right on Time’ and ‘A Beautiful Noise’, with Alicia Keys), Best Pop Solo Performance (‘Right On Time’), and Best American Roots Performance (‘Same Devil’)
The young breakout star Billie Eilish who already has seven Grammys in her name, has another seven nominations this year, including Album of the Year for her sophomore album ‘Happier Than Ever’.
Two-time Grammy winner Lil Nas X is nominated for Record of the Year (‘Montero’, ‘Call Me By Your Name’), Album of the Year (‘Montero’), Song of the Year (‘Montero’, ‘Call Me By Your Name’), Best Melodic Rap Performance (‘Industry Baby’), and Best Music Video (‘Montero’, ‘Call Me By Your Name’). Previous nominee Jack Harlow has two nominations this year for his work on “Montero,” in Best Melodic Rap Performance and Album of the Year category.
First time nominee Olivia Rodrigo is up for seven Grammy nominations this year, including Album of the Year (‘Sour’), Record of the Year (‘Driver’s License’), Song of the Year (‘), and Best New Artist. She’s only the 13th artist to earn nominations Driver’s License’ in all four general field categories in the same year.
This marks the second year in a row that BTS, the first Korean pop act to be nominated and perform at the GRAMMYs, are considered for an award, and presenting a solo performance on the stage.
Last year, the GRAMMY-nominees staged a dazzling performance of their smash hit “Dynamite,” taking their dynamic gig from the GRAMMY stage to a rooftop overseeing a breathtaking night view of Seoul.
The 64th GRAMMY Awards will be held at MGM Grand Arena in Las Vegas, NV on Sunday, April 3. The Music’s Biggest Night will also be aired on the CBS Television Network, live streamed online and streamed on demand on Paramount+.
After their participation at the GRAMMYs, BTS will continue with their world tour, ‘BTS PERMISSION TO DANCE ON STAGE – LAS VEGAS’ which will be held at Allegiant Stadium in Las Vegas on April 8, 9, 15 and 16.
Also Read: Critics Choice Awards 2022 Best Dressed: Lady Gaga, Rachel Zegler, Jung Ho Yeon, Selena Gomez steal the limelight on the red carpet