Seo Bum June, Noh Jung Ui and TXT’s Yeonjun to be the new MCs of Inkigayo 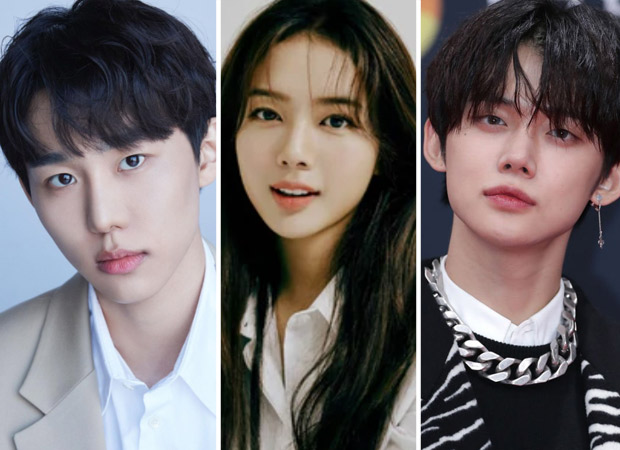 South Korean music program Inkigayo is all set to have new MCs for their show. SBS announced the list of new hosts on march 15.

According to Korean tabloid Soompi, on march 15 it was reported that IVE’s An Yu Jin, TREASURE’s Jihoon, and NCT‘s Sungchan will be stepping down from their MC positions on the show and TXT’s Yeonjun, Noh Jung Hui, and Seo Bum June will be replacing them, joining as the new hosts in April.
Later on the same day, SBS confirmed that Yeonjun, Noh Jung Ui, and Seo Bum June have been chosen to be the new MCs of Inkigayo. An Yu Jin, Jihoon, and Sungchan’s last day on the show will be March 27.
Ryu Seung Ho, the producing director (PD) of Inkigayo, shared how he cast the three stars. “In celebration of the show’s reorganization, we had a meeting with prominent rising stars to select the new MCs. Noh Jung Ui is an actress who loves K-pop so much that she dreamed of becoming a singer while being part of a dance club in school,” he said.
“I also felt like she would be ‘Inkigayo’s’ mascot with her bright personality and energy. Seo Bum June, who has handsome looks, was also a former member of a dance club when he was in school and is an actor with many talents and various styles.” he further added. “Throughout the meeting, he led the atmosphere and made the people around him feel happy. Yeonjun is a next-generation global K-pop star that needs no words, and he is a fun person with a chic yet silly side. All three of them have the qualities to lead K-culture in the near future that will match the reputation as the MCs of ‘Inkigayo,’ the birthplace of top stars. Also, it is expected that the teamwork of rising Korean actors and a K-pop star will show a new chemistry that can’t be seen anywhere else.”
On the work front, Noh Jung Ui debuted as a child actor. She most recently appeared in the SBS drama Our Beloved Summer, where she received many favorable reviews for her acting. Seo Bum June is a rookie actor who has been cast as one of the main characters in the upcoming KBS weekend drama Hyun Jae Is Beautiful. He also starred in TVING’s Dr. Park’s Clinic and Disney+’s Rookie Cops. Yeonjun is part of TXT, a group that showed much potential with their
success in both domestic and global charts. The idol is loved for his attractive appearances and solid skills.
Yeonjun, Noh Jung Ui, and Seo Bum June will make their first appearance in Inkigayo on April 3.
Also Read: N.Flying members Lee Seung Hyub, Yoo Hwe Seung and Seo Dong Sung test positive for COVID-19