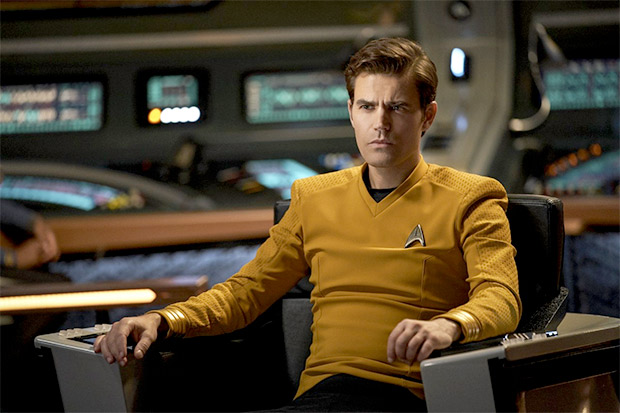 Paul Wesley has been roped in to play the iconic role of James T. Kirk in Paramount Plus’ upcoming season of Star Trek series which is currently in production in Toronto.

As Collider reports, while the show’s first season is yet to premiere, Wesley’s casting as the famous U.S.S. Enterprise captain is a massive one, as it marks the character’s first appearance on television since the character’s initial rise to popularity. James T. Kirk was first introduced as a character in Star Trek: The Original series played by William Shatner in the 60s, followed by Chris Pine taking up the mantle in J.J. Abrams’ 2009 reboot film.
“Paul is an accomplished actor, an astonishing presence and a welcome key addition to the show,” executive producers Alex Kurtzman, Akiva Goldsman, and Henry Alonso Myers said in a statement. “Like all of us, he is a life-long Star Trek fan and we are excited by his interpretation of this iconic role.”
Paul Wesley, on Instagram wrote, “I am deeply humbled and still a little startled to have been given the honor of playing the inimitable James T Kirk. Ever since I was a kid, I have been awed by the imaginative world Gene Roddenberry created. Recently, I boarded a flight to LA to discover that the man in the empty seat beside me was the one and only William Shatner, having himself just returned from space. I could barely put two words together but ultimately I managed to say hello and we chatted. I’m not one who usually believes in fate but this was more than a coincidence. And of course I had to get a picture. So thanks Mr. Shatner for the good company. And for seating us together, my thanks to the great bird in the sky. Can’t wait for all of you to see our Captain Kirk on your screens.”

A spinoff of Star Trek: Discovery, the show follows the adventures of Captain Christopher Pike prior to Kirk becoming captain of the Enterprise. Paul Wesley will appear as a young version of James T. Kirk. However, there are currently no details on whether Wesley will be a series regular, or have a guest or recurring role in season two of the live-action project.
On the work front, Paul Wesley is best known for playing Stefan Salvatore in The CW hit drama series The Vampire Diaries. His other work credits include Tell Me a Story, 24, Army Wives, Roll Bounce and Before I Disappear. The 39-year-old actor-producer will next be seen in History of Evil.
Star Trek: Strange New Worlds season 1 premieres on Paramount+ May 5, 2022.