SCOOP: Kangana Ranaut in talks with Vivek Ranjan Agnihotri for his next after The Kashmir Files 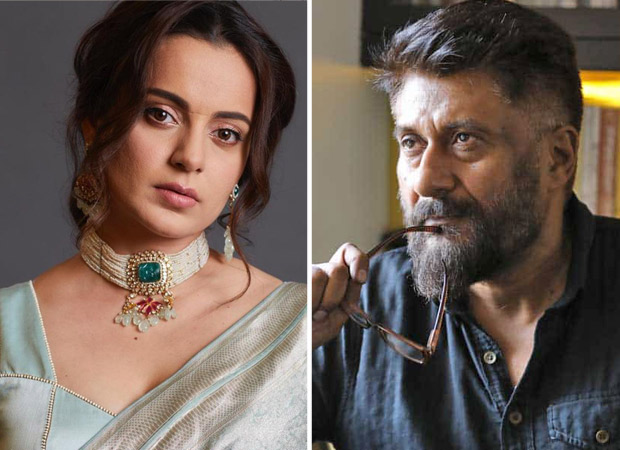 One Friday changes the tide for everyone and that seems to have happened for filmmaker Vivek Ranjan Agnihotri. The filmmaker, whose film The Kashmir Files, released as an underdog, is now among the most sought after in the Hindi film industry. Some big stars have shown keen interest in working with him. According to our highly placed sources, Vivek Ranjan Agnihotri has initiated a conversation with Kangana Ranaut for one of his upcoming films.

“Vivek Rajan Agnihotri has been working on multiple ideas and he has discussed one of those with Kangana Ranaut. The actress too has shown keen interest in collaborating with Vivek,” revealed a source close to the development.
Things are in a very nascent stage at the moment and we shall have clarity on the collaboration in the next 2 months. “Both of them bond well together and have similar ideologies. A collaboration was always round the corner. The talks are in very early stages and once they materialize, an official announcement will take place. So far, it has been just a couple of meetings between the two,” the source added.
Meanwhile, Kangana is gearing up for the release of Dhakkad whereas Vivek Ranjan Agnihotri is riding high on the success of The Kashmir Files.
ALSO READ: The Devotion Of Suspect X: Kareena Kapoor’s husband Saif Ali Khan and Kangana Ranaut were supposed to play the leads; Drishyam was considered to be an unofficial remake of the Japanese bestseller