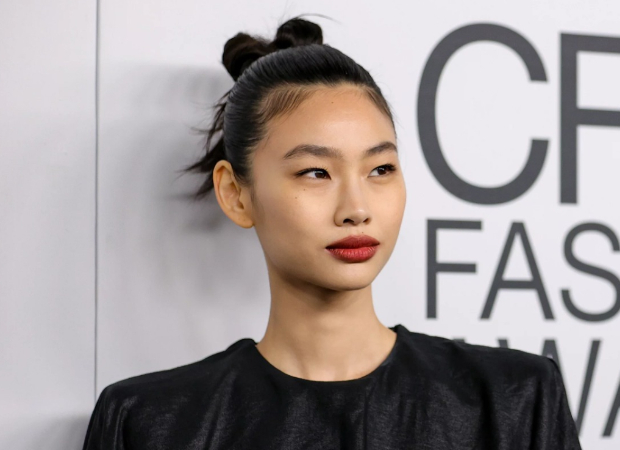 After bagging SAG Award win for Outstanding Performance by a Female Actor in a Drama, Squid Game’s breakout star Jung Ho Yeon is all set to star in Disclaimer, Apple TV+‘s psychological thriller from acclaimed writer-director Alfonso Cuarón. The actress joins the cast alongside Cate Blanchett (who also serves as EP), Kevin Kline, Sacha Baron Cohen, and Kodi Smit-McPhee. Cuarón is set to write, direct and executive-produce the series.

Jung will essay the role of Kim, who is an ambitious and hardworking young woman and who knows that working for Catherine Ravenscroft is going to be her big break.
According to Variety, Disclaimer is said to be based on the novel of the same name by Renee Knight. Blanchett stars as Catherine Ravenscroft, a successful and respected television documentary journalist whose work has been built on revealing the concealed transgressions of long-respected institutions. When an intriguing novel written by a widower (Kline) appears on her bedside table, she is horrified to realize she is a key character in a story that she had hoped was long buried in the past.
Alfonso Cuarón is writing the adaptation and will also direct and executive produce Disclaimer, under his Esperanto Filmoj banner along with Gabriela Rodriguez. Blanchett will executive produce in addition to starring. Anonymous Content’s David Levine, Dawn Olmstead, and Steve Golin are also executive producers. Academy Award-winner Emmanuel Lubezki will serve as director of photography alongside Academy Award nominee Bruno Delbonnel.
ALSO READ: Cate Blanchett and Kevin Kline to star in Alfonso Cuarón’s thriller series Disclaimer