RRR Censor report: ‘F***ing’ and ‘B***h’ removed from the Telugu version; makers had voluntarily reduced the film’s duration by 5 minutes in December 2021 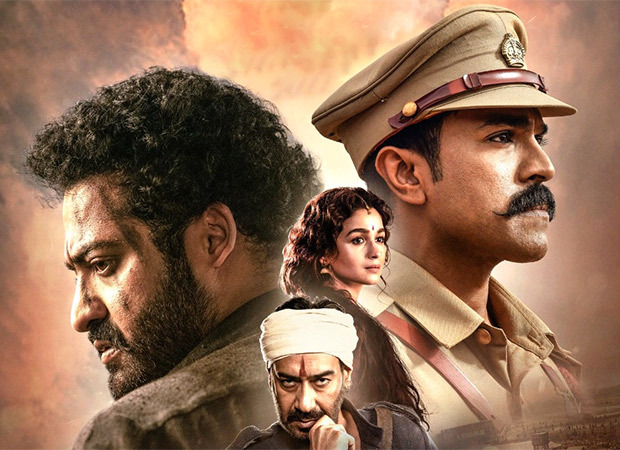 Less than a week is left for the release of RRR. After the super-success of Pushpa: The Rise – Part 01 (2021), the Hindi version of a few South films failed to set the box office on fire. Yet, the hype for RRR in Hindi is tremendous, due to the casting, massy trailer, presence of Bollywood stars like Alia Bhatt and Ajay Devgn and also because it’s directed by Baahubali director, S S Rajamouli.

Bollywood Hungama has now found interesting details about RRR’s censor certificate and the cuts and modifications that were carried out by the makers. The original Telugu version of the film was granted a U/A certificate way back on November 26, 2021. The Hindi version, meanwhile, got the U/A certificate from the Central Board of Film Certification (CBFC) on December 6, 2021. Unlike other Bollywood films, which secure the censor certificate in Mumbai, RRR’s Hindi version’s censor work was processed from CBFC’s Hyderabad office.
The Telugu version of the film has three audio cuts. The abusive words ‘F***ing’ and ‘B***h’ were asked to be removed. The word ‘Indian’ was also removed from another dialogue as it was used in a particular context to which the CBFC had objected to. The Hindi version, meanwhile, suffered no such cuts.
When the certificate was granted to RRR, the duration of both the versions was 186 minutes and 54 seconds, that is, 3 hours 56 minutes and 54 seconds. However, on December 24, 2012, the makers voluntarily made some cuts in the film, probably to reduce the duration of the film for a better impact. A 1 minute 35 second long scene was chopped off. The end credits were also reduced by as much as 3 minutes and 26 seconds. After these cuts were carried out, the final duration of RRR for both versions now stands at 3 hours, 1 minute and 53 seconds, that is, 181.53 minutes.
The makers got the censor process done in November and December 2021 as the film was supposed to originally release in cinemas on January 7, 2022. A week before the release, RRR was indefinitely postponed due to the third wave. On January 31 this year, it was announced that the period action entertainer would release in cinemas on March 25.
RRR stars Jr NTR and Ram Charan in lead roles. Alia Bhatt, Ajay Devgn and Shriya Saran also feature in the film in special appearances.
Also Read: BREAKING: RRR to have the largest release in IMAX for an Indian film in overseas markets; makers also planning paid previews in India on March 24