Disney pushes The Marvels release to summer 2023 as Ant-Man and the Wasp: Quantumania moves up 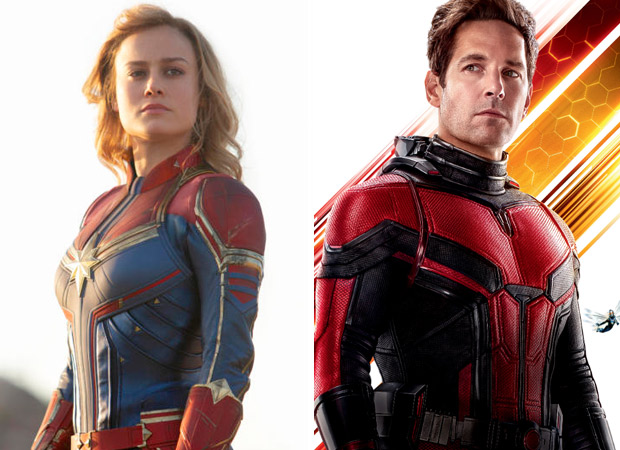 Disney announces Marvel’s Ant-Man and Captain Marvel sequels swapping their release schedules. The sequel to 2019’s Captain Marvel, which was originally set to debut on November 11 this year but was later pushed to February 17, will now hit theaters on July 28, 2023. The new slate shuffle means Ant-Man and the Wasp: Quantumania will now arrive on February 17, 2023.

According to The Hollywood Reporter, The Marvels now moves to July 28, 2023, making way for Ant-Man and the Wasp: Quantumania to fill the earlier slot. It’s understood Ant-Man is further along in the production process, and so the decision was made to swap launch dates with The Marvels.
The Marvels brings together Brie Larson’s Captain Marvel, Teyonah Parris as Monica Rambeau and Iman Velani as Kamala Kahn/Ms. Marvel in a follow-up to 2019’s Captain Marvel, as well as Disney+ shows WandaVision and Ms. Marvel. Most details about the film are being kept under wraps
Marvel Studios’ Ant-Man and the Wasp: Quantumania is the third installment in the franchise and will be based on the Marvel Comics superheroes of the same names. The sequel brings Paul Rudd and Evangeline Lilly back to screens as the respective titular heroes in a story that will feature the Quantum Realm, Kang the Conqueror and potentially the multiverse. Directed by Peyton Reed, the sequel will star Paul Rudd, Evangeline Lilly, Michael Douglas, Michelle Pfeiffer, Kathryn Newton and Jonathan Majors.
Also Read: John Wick – Chapter 4 takes on bad guys in first look trailer unveiled by Keanu Reeves at CinemaCon