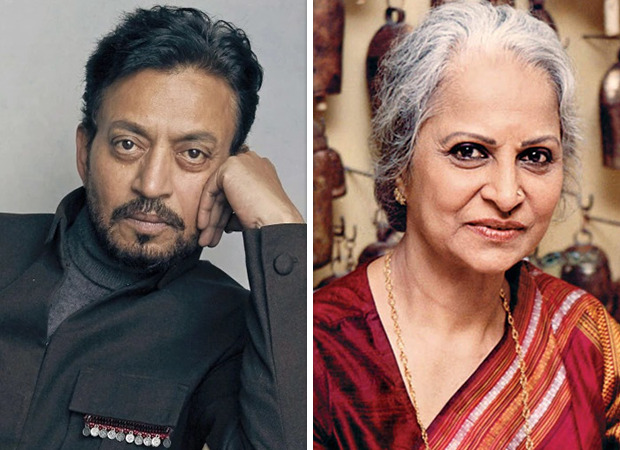 Irrfan Khan passed away at the age of 53, on April 29, 2020. The whole world cried at his demise as he was a fine actor and was consistently giving memorable performances. Fans moreover wanted to see him more and with newer ideas being attempted, the actor surely would have continued to rock the show, had he not passed away.

Earlier this year, a book on the actor, ‘Irrfan: Dialogues With The Wind’ written by Anup Singh. The author is a filmmaker who worked with the actor in Qissa (2015) and The Song Of The Scorpions (2017). The filmmaker has written about his experiences of working with the deceased actor. Both had a great bond and in the book, Anup revealed that he was in talks about multiple projects with Irrfan and one of the films they were seriously working on was the one where Irrfan was supposed to play Krishna’s Radha.
According to Anup, Irrfan Khan’s character in the film would be called Gulal who was born in a village near Vrindavan. He was known for the dance he’d do on Janmasthami. It involved thousands of men and boys dressed as women and pretended to be the gopis devoted to Krishna. Gulal’s graceful dance stood out and Anup Singh wrote that “while dancing, Gulal would go into a trance and would sometimes dance nonstop from dawn to dusk. He sang devotional songs people had not heard before and he said that Radha sang them to him.” Interestingly, Gulal becomes a husband and a father too, and yet, he’d dress up as a woman “whenever he felt Radha awakening within him.”
Irrfan Khan was excited to play the role, according to Anup. When he was being treated for cancer in the hospital in London, Irrfan Khan played the songs of Waheeda Rehman from films like Pyaasa (1957), Sahib Bibi Aur Ghulam (1962) and Guide (1965), as an inspiration for the character of Gulal. Irrfan noticed how the dipping of her eyelids, lowering of her head and even the tiniest twitch became a dance. He also suggested his eyebrows should be shaped like that of Waheeda Rehman’s.
Interestingly, Waheeda Rehman featured in an important role in The Song Of The Scorpions and Anup suggested to the actor that they can talk to the actress and learn the basic dance steps from her.
Anup Singh then narrates that he met Irrfan the last time when he was in Kokilaben Dhirubhai Ambani Hospital, Mumbai. Anup Singh got more references for the character of Gulal and started telling him about it. Irrfan initially just smiled and realizing that his health is deteriorating and perhaps his end is near, he told Anup Singh that he should find someone else to play the part.
Besides this project, Anup Singh had thought of a few more ideas for his next collaboration with Irrfan. He said that he was working on the biopic of, Bulleh Shah, in which he wanted Irrfan Khan to essay the Punjabi Sufi poet’s teacher, Shah Inayat. Meanwhile, he was also toying with the idea of a film on the last days of Mahabharata’s Duryodhana. “Irrfan was to play Duryodhana,” wrote Anup Singh.
Also Read: SHOCKING: When Irrfan Khan was attacked by a buffalo on the outskirts of Jaisalmer