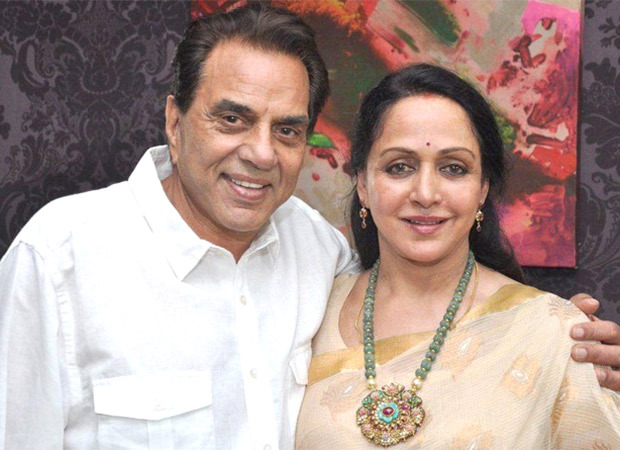 Just a couple of days back we had reported that veteran actor Dharmendra had been admitted to a south Mumbai hospital. In fact, as per reports the actor had been shifted out of the ICU and would be under observation. Yesterday, Dharmendra shared a video on social media thanking fans and well-wishers for their thoughts and prayers. In fact, Dharmendra also spoke about the reason for his hospitalization saying, “Friends, don’t do anything over. I did it and suffered a big muscle pull at the back. So I had to go to the hospital for two-four days.” Simultaneously, the veteran actor’s wife Hema Malini too shared a post on Twitter thanking fans.

Tweeting her thanks Hema posted, “I would like to thank thousands of well-wishers who have been enquiring about Dharam ji’s health. Yes, he was in the hospital for a few days but he is ok now and thankfully back home. Thank you all once again for your anxious calls and enquiries about his health????God has been kind????”. As for the actor, Dharmendra was admitted to the hospital, earlier this week, and a statement from Breach Candy Hospital read, “Actor Dharmendra had a backache during shooting, after which he was admitted four days ago. He has now been discharged.”
Back on the work front, the veteran actor who has been missing from the big screen will be making a comeback of sorts with the Karan Johar film Rocky Aur Rani Ki Prem Kahani. Starring Alia Bhatt and Ranveer Singh film also stars Jaya Bachchan and Shabana Azmi alongside Dharmendra and is scheduled for release on February 10, 2023. Besides this, Dharmendra will be seen collaborating with sons Sunny Deol and Bobby Deol in Apne 2. Interestingly, the said film will also feature his grandson Karan Deol.
Also Read: Dharmendra shares the lesson he has learnt after being discharged from ICU: ‘I’ll be very careful’