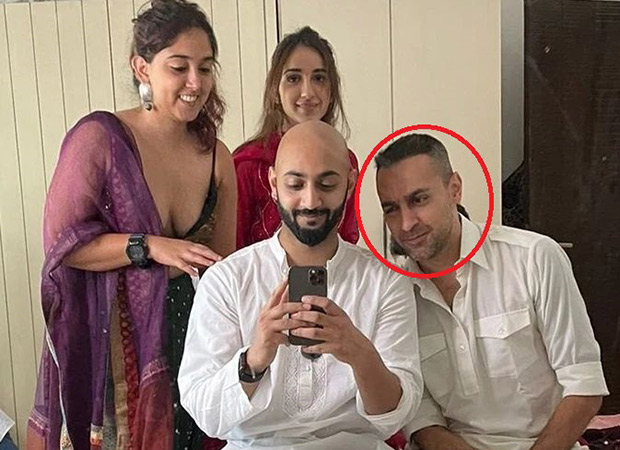 Do you remember the chocolate boy who was all heart in Jaane Tu Ya Jaane Naa… Well, Imran Khan went on to do movies like I Hate Luv Storys, Delhi Belly, Katti Batti among others. But the actor soon faded away and there were rumours that he was toying with the idea of becoming a director. However, nothing concrete came up on that front, and now years later, the actor made an appearance in his cousin and Aamir Khan’s daughter Ira Khan’s Eid celebrations.

While her father Aamir Khan is busy shooting for his films in Rajasthan, Ira Khan hosted a low-key Eid celebration at her residence. Also present at these festivities were, her boyfriend Nupur Shikhare and her cousin Imran Khan. Ira shared a series of photos from the festivities and the last photo featured Imran Khan. Donning a unique crew cut hairstyle, he was seen in a quintessential all-white Eid attire.
Followers of Ira were merely surprised to see the actor make a sudden appearance after keeping a low-key profile. In fact, many of her followers dropped comments on spotting Imran Khan and some of them even extended their best wishes to the Bollywood actor.
Imran Khan was last seen in the Kangana Ranaut starrer Katti Batti. On the personal front, the actor tied the knot with his college sweetheart Avantika Malik in 2010 and the couple even have a daughter named Imara Malik Khan. The two of them announced their separation in 2019 stating irreconcilable differences.
While the rumours are on and off about the actor returning to Bollywood, Imran Khan is yet to make any official announcement about his return.
Also Read: 10 Years Of Delhi Belly EXCLUSIVE: “Ranbir Kapoor was also considered for the lead part but it didn’t work out” – Abhinay Deo