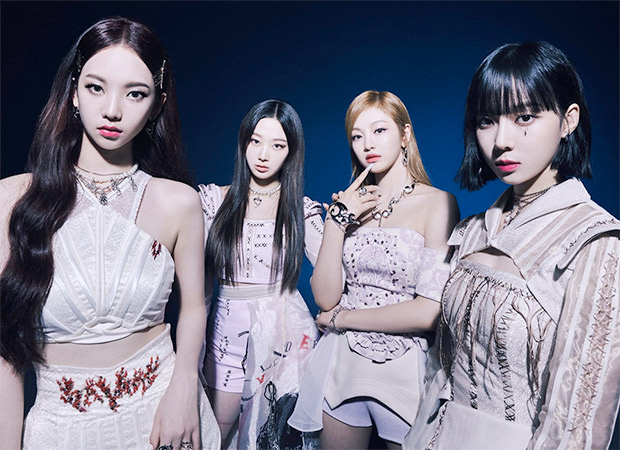 According to Korea JoongAng Daily, aespa performed during a school festival at Kyungbock High School. The all-boys school, located in central Seoul, is the alma mater of Lee Soo Man, the head of aespa’s agency SM Entertainment. Rookie K-pop acts under the SM label have traditionally performed at the school’s festival over the years.
Controversy arose when a number of boys rushed onto the stage uninvited during the performance to take pictures with the group, then later when students swarmed aespa as the group was leaving. With inadequate security and bodyguards, the members were caught off-guard, held up and could not get off the stage. The students were also seen taking photos with the members, with some even trying to touch them.

SM sent aespa to an boys school with 0 security (only 1 woman trying her best to protect them), the boys crowded them, shoved their cameras on their faces, made sexual harassment jokes with e/o & teachers, jumped on stage, made sexual captions on their posts..
They deserve HELL pic.twitter.com/2YttFXdVlt
— Sara ⧗ Moon Knight era (@WonderfulSone) May 2, 2022

Some photos with sexually inappropriate comments later circulated online, drawing outrage from social media users and fans. aespa fans and Korean netizens alike are expressing outrage toward the students’ behaviour as well as the overall lack of proper security. “Secure the safety of aespa” has been a trending social media hashtag among MY, the name for aespa fans, since Monday.
Per the report, Kyungbock High School soon issued an apology on its website for the students’ disorderly conduct, but denied that the inappropriate social media posts were made by its students. “After we looked into the matter and asked students, we are assuming that some outsiders who were not allowed inside the school but came to see the performance wrote such posts maliciously,” the school stated. “We apologize again for damaging the honor of SM Entertainment and aespa.”
Also Read: BTS, ENHYPEN, aespa, The Boyz and more to perform at 36th Golden Disc Awards; see lineup of performers