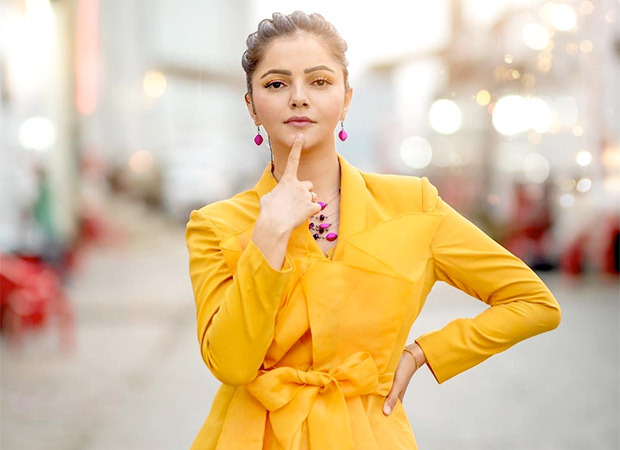 Popular adventure show Khatron Ke Khiladi, that is a remake of the American show Fear Factor, is all set to enter its 12th season. The reality show that features popular celebrities breaking free from their comfort zone and trying out some dangerous stunts is one of the audience favourites and it all set to return this year too. And now latest update on that front is that Choti Bahu fame actress Rubina Dilaik has been roped in as the first contestant for Khatron Ke Khiladi 12.

Rubina Dilaik won Bigg Boss Season 14 and is now all set to try out yet another reality show. Needless to say, the actress is quite excited. Talking about being a part of this adventure show, Rubina stated in reports that the obstacles that she has endured in her past has only made her stronger and that it has been source of motivation for her for Khatron Ke Khiladi 12.
Rohit Shetty is expected to return as the host yet again for this new season. Confirming the same, Rubina added that she is confident that the Sooryavanshi filmmaker will guide her well. Readers may be aware that her husband Abhinav Shukla was a part of Khatron Ke Khiladi 11 and had garnered quite a bit of popularity amongst audiences during the reality show stint. We can’t wait to see what Rubina would bring on the big screen.
For the ones who are not aware, Rubina Dilaik garnered fame as the beloved daughter-in-law in the TV soap drama Choti Bahu, followed by her ground-breaking role as a transgender in Shakti – Astitva Ke Ehsaas Ki.
As for Khatron Ke Khiladi season 12, rumours are rife that Erica Fernandes, Shivangi Joshi, Rakhi Sawant, Tushar Kalia, Munawar Faruqi amongst others are being considered as contestants.
Also Read: EXCLUSIVE: Rubina Dilaik reveals a thrilling experience on Wanderlust; says ” I cried and yelled out of fear”