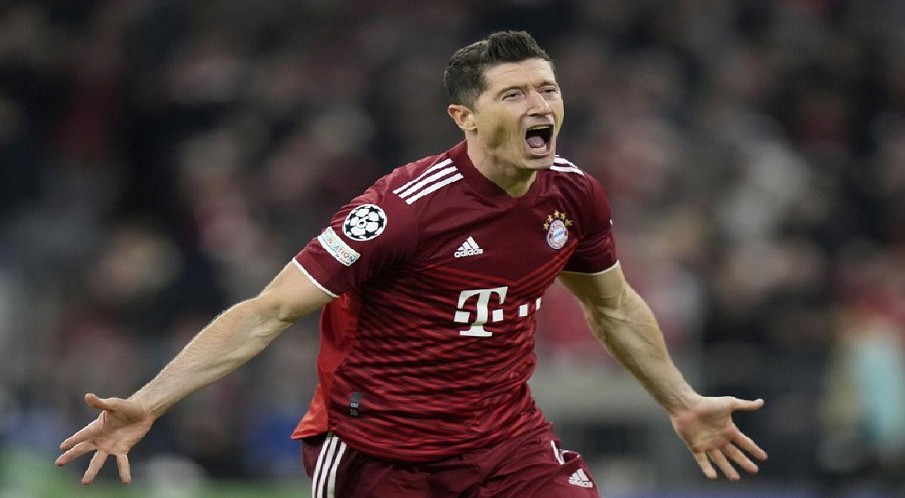 Barcelona is set to sign Poland striker Robert Lewandowski from Bayern Munich in a bold move by the debt-ridden club to acquire a world-class scorer who can finally help fill the void a year after Lionel MessiÕs exit last summer.

ÒWe have come to a verbal agreement with Barcelona. ItÕs good to have clarity for all parties,Ó Hainer said on BayernÕs official Twitter account. ÒRobert is an incredible player and he won everything with us. We are incredibly grateful to him.
Spanish media reports that the transfer would cost Barcelona some 50 million euros ($50.4 million).

The 33-year-old Lewandowski, one of soccerÕs most prolific scorers of the past decade, would greatly boost BarcelonaÕs chances of rebuilding a competitive team after winning nothing last season following the departure of Messi, its all-time top scorer.

Barcelona also gets a proven winner. Lewandowski helped Bayern win the 2020 Champions League, after it humiliated Barcelona 8-2 in the quarterfinals. He also scooped up 10 Bundesliga titles, four German Cups, and a Club World Cup with the Bavarian powerhouse.

Only the dominance of Messi and Cristiano Ronaldo has likely stopped Lewandowski from receiving more individual accolades.

But Lewandowski said in late May that Òmy story with Bayern Munich is overÓ after contract extension talks with Bayern broke down. He had one more season left on his contact with Bayern.

He will now join a team coached by Xavi Hernández that relied on Aubameyang and Ferran Torres for its goals after they joined last winter as Depay was injured and lost his starting job as striker. He will have SpainÕs young and gifted midfielders Pedri González and Gavi Páez to set him up.

Barcelona is mired in debt mostly due to the huge transfer fees and salaries paid out by its previous president and board. In order to make signings this summer, current president Joan Laporta had to sell 10% of the teamÕs Spanish league television rights for the next 25 years in exchange for 207.5 million euros ($207.5 million).

That infusion of cash also helped it secure the transfer of Brazil winger Raphinha and sign Ousmane Dembélé to a new contract last week as its hopes to challenge Spanish and European champion Real Madrid in the upcoming season. Local media said Barcelona agreed to play Leeds nearly 60 million euros ($60 million) plus add-ons for the 25-year-old Raphinha
Now, with a veteran like Lewandowski soon to be on board, the club is clearly betting on winning titles again in the short term. Last season, Barcelona finished a distant second in Spain to Madrid and failed to advance beyond the Champions League group phase.

To compensate the spending, Barcelona said this week that it had reached an agreement with Manchester United to potentially send Netherlands midfielder Frenkie de Jong the Premier League club for 75 million euros ($75 million) plus another possible 10 million euros in variables. That move, however, would have to be approved by De Jong, who has no interest in leaving Barcelona according to media reports.

The sale allows Bayern to cash in on a player turning 34 next month who would have become a free agent next year and had made clear his desire to leave.
If the fee is confirmed, it would be a club-record sale fee for Bayern, exceeding the 40 million euros ($40.3 million) the German champion received from Juventus for Douglas Costa in 2018.

So replacing a player who was Bundesliga top scorer for each of the last five seasons — and who set the league record of 41 goals in 2020-21 — will be no easy task.