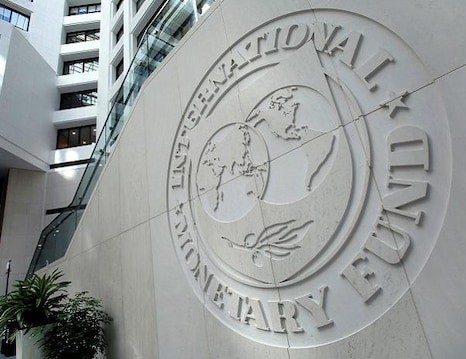 Estimates released by the International Monetary Fund (IMF) show that a global recession may not occur, although economic growth will decline more than previously expected.

However, these are baseline projections that are more probable than other scenarios. This does not mean that these would prove to be true in all circumstances, particularly in a situation of increased uncertainty over the global economic scenario.
The IMF clarified this. It says the current outlook is ÒextraordinarilyÓ uncertain.

ÒThe baseline projections … are predicated on several assumptions, including, among others, no further unexpected reductions in flows of natural gas from Russia to the rest of Europe; that long-term inflation expectations remain stable; and no worsening of disorderly adjustments in global financial markets as a result of disinflationary monetary policy tightening,Ó the Fund said in the update on its flagship report — World Economic Outlook or WEO. Also read: IMF revises China’s 2022 growth by 1.1%, predicts major global spillovers

It cautioned that there is a significant risk that some or all of these baseline assumptions will fail to hold true.

As such, measures of economic uncertainty and concerns regarding an oncoming recession have increased in recent months, it warned.

Estimates of the probability of recession have also increased. For example, based on information embodied in asset prices, the probability of a recession starting in the Group of Seven economies is estimated to be nearly 15 per cent, four times its usual level—and nearer one in four in Germany, said the report.
And the US may already be in a recession, as defined technically — that is two successive quarters of fall in GDP.

ÒFor the United States, some indicators, such as the Federal Reserve Bank of AtlantaÕs GDP forecasting model, suggest that a technical recession may already have started,Ó the Fund said.

The IMF also said that projections of growth on a fourth-quarter-over-fourth-quarter basis indicate a significant weakening of activity in the second half of 2022.

The Fund warned that the risk of recession is particularly prominent in 2023, when in several countries growth is expected to bottom out, household savings accumulated during the pandemic will have declined, and even small shocks could cause economies to stall.

For example, according to the latest forecasts, the United States will have real GDP growth of only 0.6 percent in the fourth quarter of 2023 on a year-over-year basis, which will make it increasingly challenging to avoid a recession,Ó it said. Also read: Pak expected to secure $1.2 bn from IMF, may help ease pressure on currency
Stagflation

Stagflation refers to a slowing down of economic growth accompanied by rising unemployment and high inflation.

The Fund said inflation worldwide is generally expected to return to near pre-pandemic levels by the end of 2024. But there is a caveat here — several factors could cause it to maintain its momentum and raise long-term expectations.

Further supply-related shocks to food and energy prices from the war in Ukraine could sharply increase headline inflation and pass through to core inflation, triggering a further tightening in monetary policy, the Fund warned.
Such shocks could, if sufficiently severe, cause a combination of recession accompanied by high and rising inflation (ÔstagflationÕ), although this is not part of the baseline scenario,Ó it said.

The IMF further cautioned that labour market tightness is historically high in several economies, and workers could demand higher compensation for past increases in the cost of living.

ÒFirms may have some ability to absorb higher labour costs by reducing profit margins, particularly where price increases preceded wage inflation or in industries or places where firms have monopsony power. But if they cannot, this could cause even higher inflation and risk triggering a wage-price spiral,Ó it said.

Policymakers could also underestimate the degree of labour market tightness and its impact on inflation or tighten policies insufficiently, thereby failing to anchor long-term inflation expectations, the IMF said.

Similarly, prices may have become more sensitive to changes in demand as more of the economyÕs productive resources are employed—that is, the relevant part of the supply curve is inelastic. In that case, a rapid increase in inflation may be followed by an equally sudden decline if policy tightens too much, it said.

That seems to be a sound warning for the Monetary Policy Committee back home ahead of its three-day meeting next week.