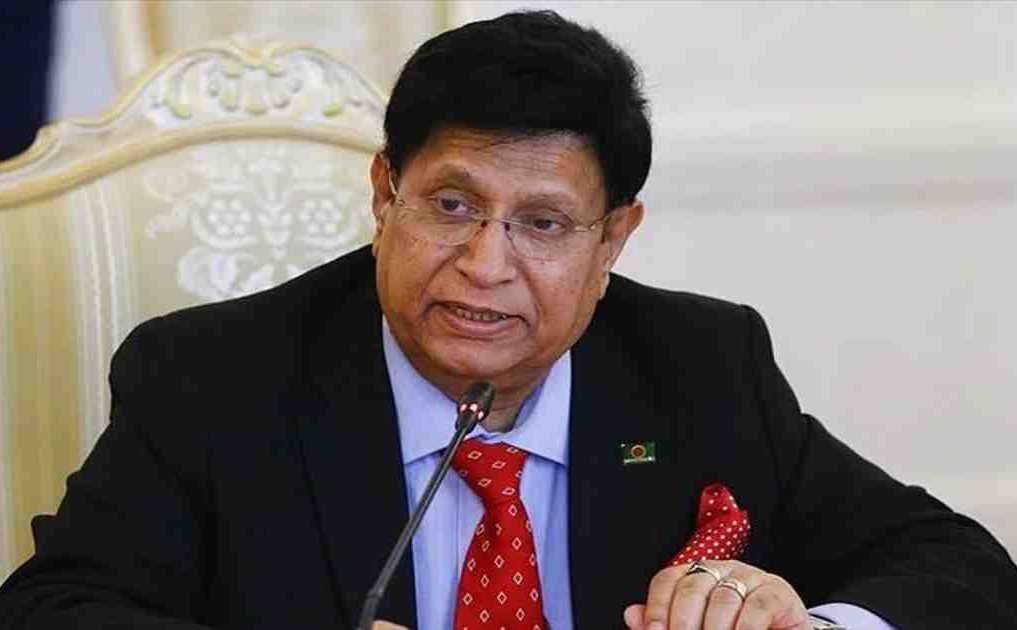 Foreign Minister Dr AK Abdul Momen has said Bangladesh genocide committed in 1971 by the Pakistani military is one of the most heinous crimes in human history and regretted that the Bangladesh genocide is yet to be recognised by the international community to the extent the genocide warrants.

ÒWe do not know of another instance of such barbarism of such intensity and mayhem,Ó Momen said while speaking at a virtual seminar as the chief guest, UNB reports.

The Foreign Minister said on 25 March 1971 the Pakistan junta undertook the cruel and enormous mayhem of innocent civilian people of Bangladesh in order to suppress the nation’s democratic aspirations by sheer force of fear and terror.

He informed that Bangladesh declared 25 March as the Genocide Day and Bangladesh is working for getting the date recognized as the International Genocide Day by all the countries in the world.

Foreign Secretary Masud Bin Momenn said 1971 has been the most significant year in the history of Bangladesh.

In one hand, Bangladesh achieved her independence in this very year, on the other hand, the nation experienced the ugliest chapter of brutality, atrocities, indiscriminate killing, raping, looting, and arson to achieve independence, he said, adding that the world witnessed genocide within three decades of the Second World War.

The High Commission for Bangladesh in Canada and the Bangabandhu Centre for Bangladesh Studies (BCBS) in Canada, Liberation War Museum, Bangladesh, Genocide Studies Centre, University of Dhaka, Refugees Resilience Centre and Rotary Club Canada jointly organized the day-long seminar on remembering and recognition of the case of Bangladesh Genocide on 1971 at the Human Rights Museum, Winipeg, Canada on September 21.

High Commissioner of Bangladesh to Canada and the Chief Patron of the BCBS in Canada Dr Khalilur Rahman and Dr Kawser Ahmed, Chief Coordinator of the BCBS, Canada, delivered introductory remarks.

In addition, Dr. John Adam of University of British Colombia, Vancouver, Canada, gave a verbal illustration of the Bangladesh Genocide which pictures the heinous crimes committed in Bangladesh in 1971.

Joining virtually, Mofidul Hoque, Trustee, Liberation War Museum of Bangladesh, and Director of Centre for the Study of Genocide and Justice explained the case of genocide in Bangladesh in 1971.

His statement was followed by presentations by post-genocide generation researchers.

Professor Ahmed said that the Bangladesh genocide fulfills all criteria declared by the UN to get the global recognition.

Some members of the victim families of the Genocide also spoke at the Seminar.

Professor Dr. Nuzhat Chowdhury described the abduction of her father Dr Alim Chowdhury by collaborators of the Pakistan military, the Rajakars, and his subsequent brutal killing just before the independence of Bangladesh.

She explained the international politics behind the dilemma of getting Bangladesh Genocide recognised and urged for end to such realpolitik.

He described how the Bengali intellectuals were made victim of genocide committed by Pakistani military.

Asif Muneir, son of Professor Munir Chowdhury, gave the description of his father’s abduction and killing during the Bangladesh Genocide of 1971 by the collaborators of Pakistan military, Rajakar, Al Badr and Al Shams.

Dr Meghna Guhathakurta, daughter of Professor Jotirmoy Guhathakurta, who was brutally killed on the 30th March of 1971, also spoke.

The High Commissioner narrated a few instances of the uncompromising stance of this great leader in safeguarding interests and dignity of the nation.

He underscored the need to overcome the malice of backwardness, sectarianism and personal interests to become golden hands, worthy of Sonar Bangla that the Prime Minister is steering the country towards.

He reiterated his commitment to work hard to get recognition of the Bangladesh Genocide by the Canadian authorities in addition to establishing a permanent display of the exhibits of the genocide of 1971 and also to inscribing the independence of Bangladesh and placing a portrait of the Father of the Nation Bangabandhu Sheikh Mujibur Rahman in the Time Stream of the Human Rights Museum in Winipeg, Canada.

At the seminar, among others, several videos and documentaries were screened.

Among them the documentary Stop Genocide made by the illustrious filmmaker Jahir Raihan, who himself became a martyr, was screened.

It was the first ever international seminar on Genocide that took place outside Bangladesh with participation of so many organizations and experts from all over the world.

India vs South Africa T20I match at Guwahati ‘sold out’

India vs South Africa T20I match at Guwahati ‘sold out’