Hasina will give out prize money, houses to SAFF champions 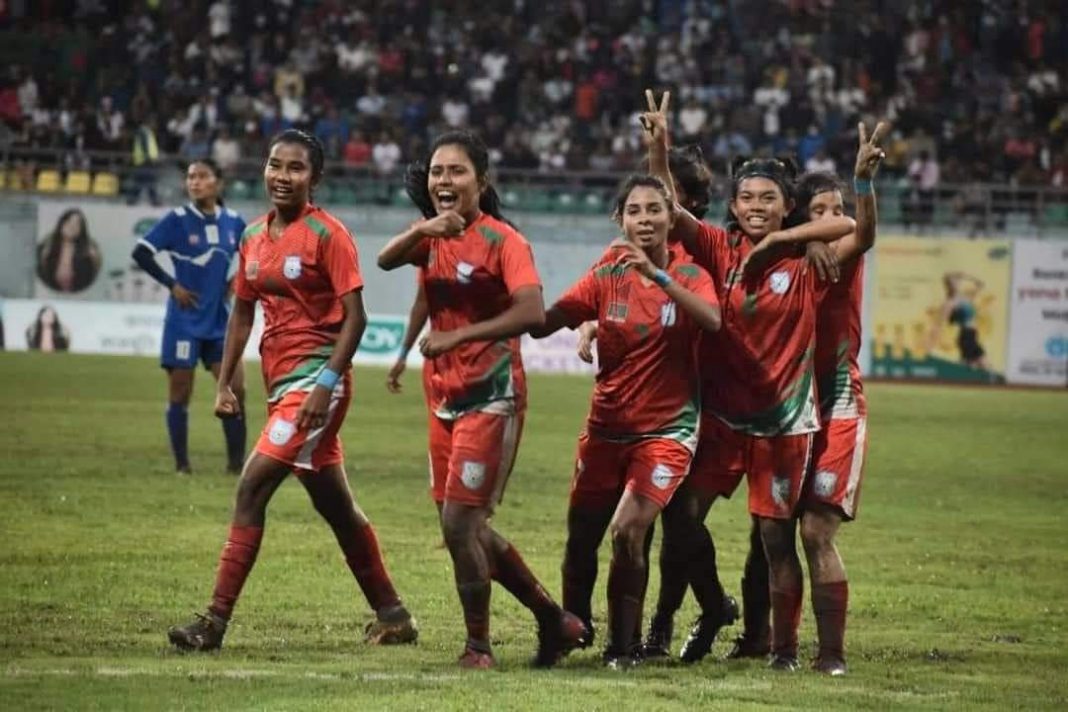 Prime Minister Sheikh Hasina plans to present prize money to the players of the SAFF Championship-winning Bangladesh Women Football Team after her return from New York.

She also plans to build houses for those players who need homes, says Hasan Jahid Tusher, deputy press secretary to the prime minister.

On Wednesday, Hasina directed authorities to build a house for Rupna Chakma, the goalkeeper of the Bangladesh team. The 18-year-old Rupna, who won the best goalkeeper award for only conceding a single goal throughout the entire SAFF tournament, had been living in a shanty in Rangamati.

The prime minister has also ordered authorities to find out the condition of other players houses, Tusher said.

The unbeaten Bangladesh team arrived at DhakaÕs Hazrat Shahjalal International Airport around 2 pm on Wednesday. A big crowd of football lovers welcomed the winners amid arrangements made by the Bangladesh Football Federation and the Ministry of Youth and Sports for the reception of the team.

The Bangladesh Cricket Board (BCB) has gifted Tk 5 million to the team following their victory.

Hasina left Dhaka for the United Kingdom on Sept 15 to pay tribute to Queen Elizabeth II as she lay in state. She then arrived in New York on Monday to attend the 77th session of the United Nations General Assembly (UNGA). She is scheduled to deliver a speech at the UNGA in Bangla on Sept 23 to highlight the culture and heritage of Bangladesh.

Hasina will participate in a number of high-profile meetings during her stay in New York until Sept 25.