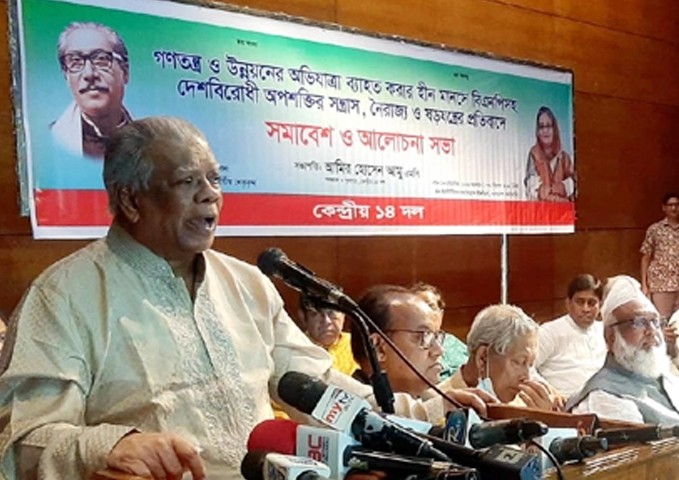 Awami League (AL) Advisory Council Member and 14-party Alliance spokesperson Amir Hossain Amu on Friday said strict action will be taken if BNP tries to create anarchic situation in the name of movement in the country.

“We don’t want to see anarchic situation in the country anymore, but if they (BNP) tries to create any sorts of such situation we would not stay at home,” he said.

He told a discussion organized by 14-party alliance against the subversive act carried out by BNP and their followers at the Institution of Diploma Engineers, Bangladesh, BSS reports.

Amu said AL leaders and activists will resist all sorts of BNP’s conspiracies together. “We will vanguard the state and the property of its people,” he added.

He also said the main target of BNP is not election, rather they will create unstable situation as the party wants to establish undemocratic government in the country.

The veteran AL leader Amu said BNP wants to turn Bangladesh like Pakistan. Talking in favour of Pakistan by BNP Secretary General Mirza Fakhrul Islam Alamgir Pakistani it has been proved, he added.

He said BNP is now isolated from the people and that’s why they are searching option how to escape from the upcoming general elections.