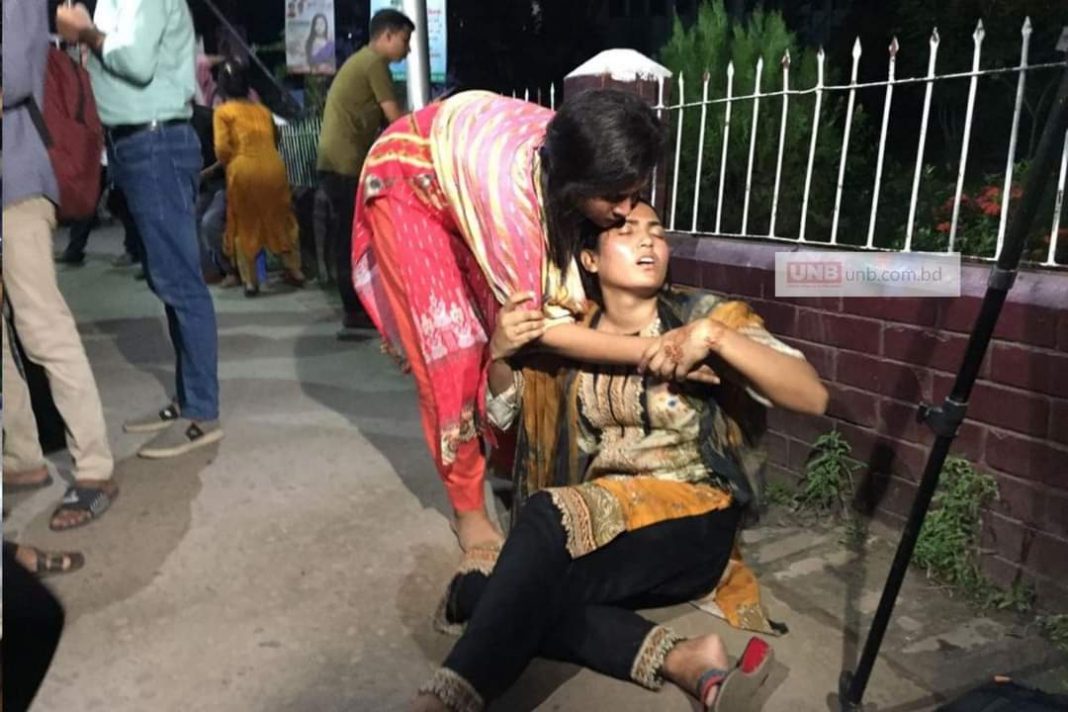 Eden College has been rocked by another round of clashes between followers of the college’s Chhatra League unit president Tamanna Jasmine Riva and a group of rival BCL leaders leaving at least 12-15 people including Riva injured.

The two groups locked into clashes at the college on Sunday evening when the BCL president and general secretary organised a press conference regarding allegations that their rival group aired earlier in the day.

Riva and Razia Sultana, the general secretary, have been allegedly involved in some illegal activities including seat trading, extortion, student torture and taking control of hostels and the canteen. They even started extortion from footway shops, UNB reports.

Despite many allegations against Riva and Razia that arose since they were declared president and general secretary, the college administration and Bangladesh Chhatra League (BCL) did not take any action against them yet.

Moreover, 25 leaders out of 44 have declared them unwanted and also threatened to resign if organisational action is not taken against them over several allegations including trading of student residence seats, extortion, and torture.

The 25 leaders announced this in a press conference on Sunday after an alleged attack on Jannatul Ferdousi, a vice president of the unit BCL, by the followers of Riva and Razia around 10:30 pm on Saturday.

Her followers drove President Tamanna Jesmin Riva away from the campus when she was injured.
An ambulance came to pick her up but her rivals BCL leaders did not allow her to take it. The ambulance picked up Riva and rival Susmita Baroi, vice president of Eden Chhatra League, from outside the Eden Mohila College campus.

Boishakhi Akter, organisational secretary of Eden Mohila College Chhatra League, said, It was a planned drama of Riva. She wanted to show her innocence in front of media. But she failed.”

“We as the leaders of Chhatra League requsted Riva and Razia to let us join the press briefing together but they didn’t allow us to do so as general students protested against them and their wrongdoings,” she added.

Another BCL Vice president, Sanjida Islam said, “Riva and Razia are involved in multiple crimes like seat business of hall, enforcing female students of hall to do illegal works, extortion, torturing students in the dorms and so on.”

“Our demand is to remove them from their position. We do not want them to see them in the campus anymore as BCL president and secretary,” she added.