No one will be found if Awami League takes to streets 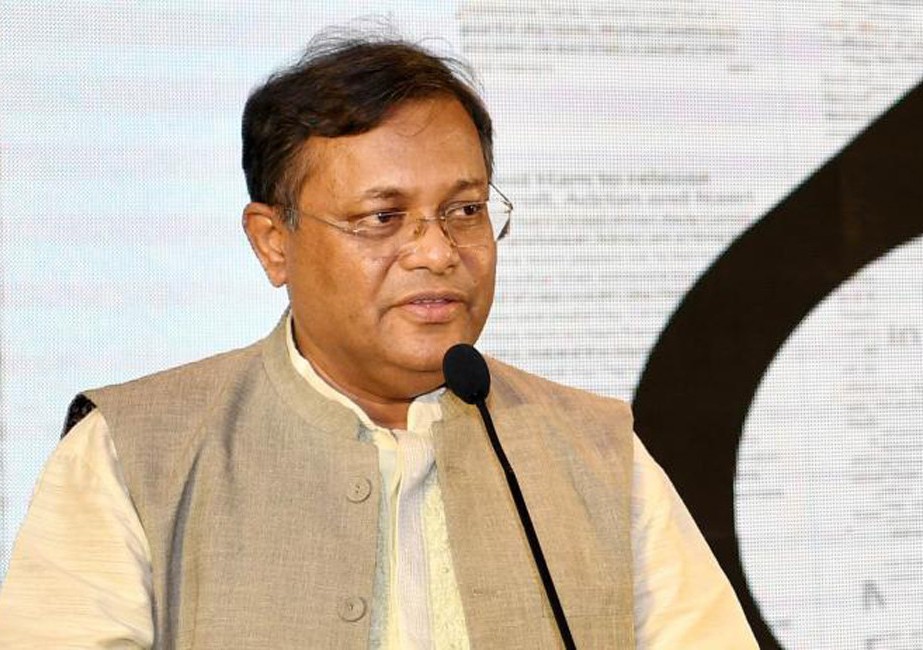 Information and Broadcasting Minister Dr Hasan Mahmud on Monday said that Awami League is a party of staging movements on streets and no one will be found if the leaders and activists of the party have been asked to take to the streets across the country.

ÒWe donÕt want street fights and the activists of our party have been given directives to show restraint. Besides, when BNP was on the streets, they uprooted the trees of the streets and vandalized the police boxes in 2013, 2014 and 2015. We want the party (BNP) carry out their movement systematically. And everyone, including the police administration, will cooperate with them,Ó he said.

The minister stated these while exchanging views with reporters at the meeting room of his ministry at Secretariat in the capital.
BNP wants the politics of violence and their aim is to clash with police and people. They want more dead bodies,Ó he added.

He said that many people are talking about the young man, who was killed in Munshiganj, was hit by a brick thrown by BNP supporters; though, it was not possible to come to a conclusion in this regard till now.

BNP fought each other in the name of movement. Even, they carried out attacks on police and innocent people and vandalized public properties,Ó the minister added.
The countrymen would resist them like the past, said Hasan.

He said that BNP has been shouting about carrying out anti-government movements for the last 13 and a half years. It is the responsibility of the government to maintain peace and stability in the country.

About the polls, the minister said it is normal that different political parties will be vocal against the government before the elections. It is a part of practicing democratic rules, he added.
He said, We have no objection if anyone carries out movement, criticizing the government by maintaining the rules of democracy. There is a problem if they do politics of violence.

About the Premiers ongoing USA visit, Hasan said the visit of the Prime Minister has been very successful. ÒShe met with the US President Joe Biden and held a meeting with the United Nations Secretary General António Guterres,Ó he added.

He said the Premier has also held meetings with different heads of the governments. The Prime Minister will tell in details after returning home,Ó he added.
BSS