Bomb blasts happening in Dhaka in BNP’s name is a plot: Mirza Abbas 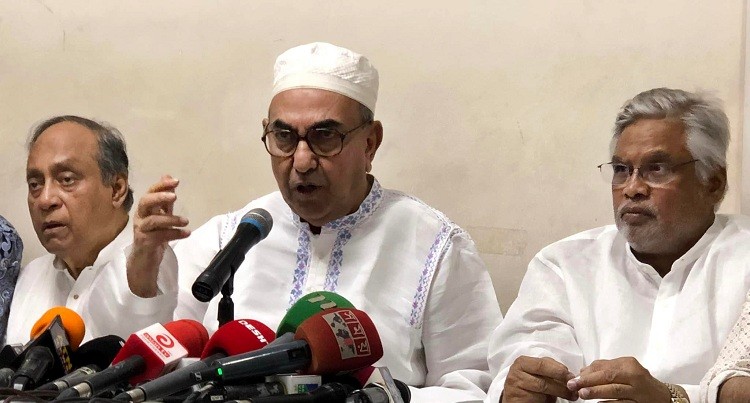 BNP senior leader Mirza Abbas on Thursday alleged that an evil quarter has been exploding crude bombs with slogans in BNP’s name as part of a plot to have the opposition leaders and activists arrested in ‘false’ cases.”

“We’re now seeing bomb explosions happening across Dhaka city with slogans in the name of BNP. Their aim is to get the BNP leaders arrested in any way,” he said, reports UNB.

Addressing a press conference at BNP’s Nayapaltan central office, Abbas also claimed that a group within the government is spreading false propaganda centing the BNP rally in the capital on December 10 to mislead people.

“One thing is clear we want to hold the rally peacefully. We wonÕt create any chaos in our peaceful programme,” he said.

He said the government has got panicked unnecessarily over BNP’s rally. “We don’t want any conflict as this is just our divisional rally.”

The BNP leader, however, alleged that the government has been indulging in serious suppressive acts centring the rally. “We’re not afraid of it. We’ve taken it as part of our rally.”

He said their party has been taking all-out preparations to make the Dhaka rally a success.

“Our leaders and activists are holding meetings across Dhaka Division. Preparatory meetings are also being held at Nayapaltan and Gulshan in Dhaka. We’ll hold the rally at Nayapaltan. People will come from outside to join it and we’ll do whatever is necessary to arrange the rally,” Abbas said.

Replying to a question, he said their party only sought Nayapaltan, not any other venue, for their December-10 rally.

The BNP leader said their party had over a hundred rallies at Nayapaltan without any trouble earlier. “What would be the problem if we arrange the rally at Nayapaltan on December 10. Efforts are on to mislead our leaders and workers. But don’t be confused.”