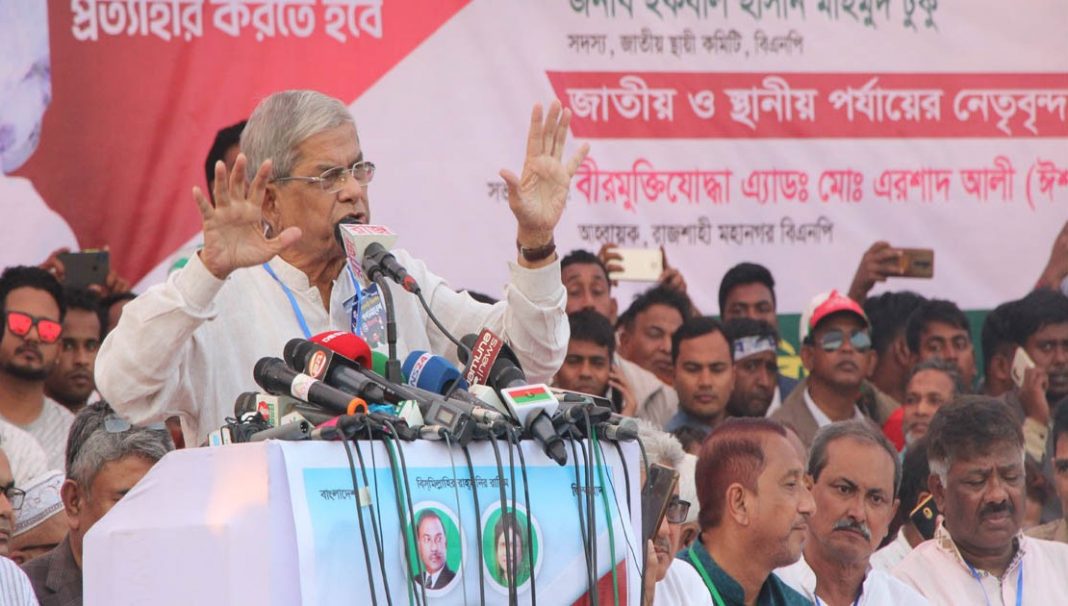 BNP Secretary General Mirza Fakhrul Islam Alamgir on Saturday alleged that the Awami League government is having nightmares about losing power since it has no confidence in Bangladesh’s people.

‘We want to hold a rally at Naya Paltan peacefully on December 10. But they (Awami League) have lost their sleep in fear of losing their power. They themselves are saying that their thrones will be overturned,Ó he said.

Speaking at a massive rally, the BNP leader also said that the party had many rallies at Naya Paltan, even in presence of Chairperson Khaleda Zia, earlier without any chaos.

You know you’ve committed many misdeeds when you have no confidence in your country’s people,Ó he noted.

The senior leader also alleged that Awami League is not a political party anymore. They have looted the country’s people, and have turned into looters. They have tortured the countrymen.Ó

Mirza Fakhrul added: This government is in a crisis, and hence it has engaged in a futile attempt to wipe out the opposition party with fake cases, enforced disappearances, and murders. But as nothing could harm BNP, Awami League is now scared of losing its power.

He later told the rally that BNP has been demanding people’s rights in all of its rallies across Bangladesh. There is no substitute for change to restore a healthy environment in Bangladesh.Ó