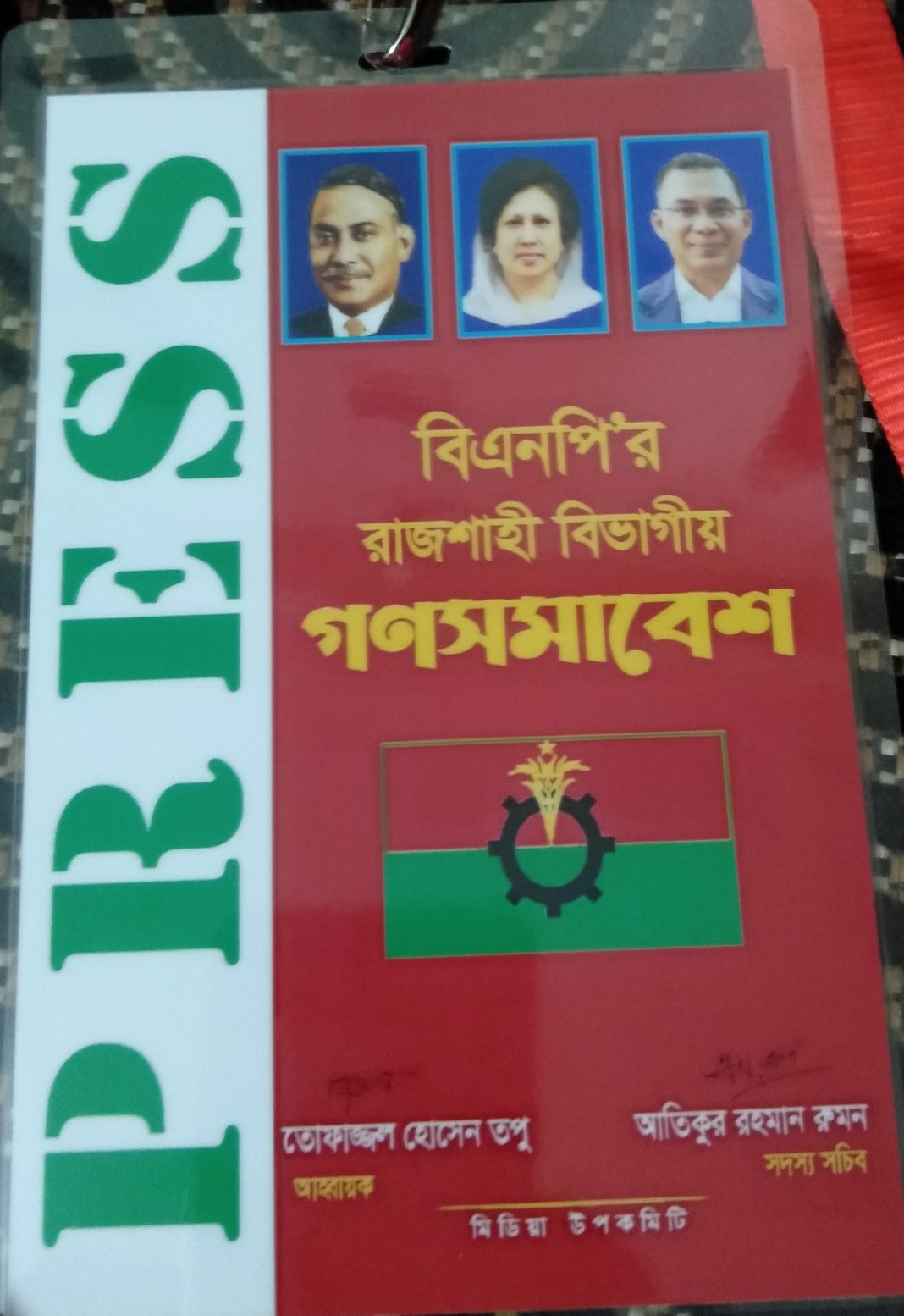 Rajshahi Journalist Union (RUJ) has decided to ban the press card provided by BNP since the card contains a picture of a convicted fugitive.
BNP is holding its divisional mass meeting in Rajshahi on Saturday.
In order to collect news of this rally, press cards were provided to the Rajshahi based journalists by BNP activists.
However, enraged by the photo on the cards, some journalists even took to social media, raising objections at Tarique Rahman’s photo being used on the press card, as he is a Òconvicted fugitiveÓ, reports UNB. Tarique, who now lives in London, has been convicted in a number of cases.
The press card also contains photos of General Ziaur Rahman, founder of BNP, party Chairperson Khaleda Zia and acting chairman Tarique Rahman.
On last Friday night, RUJ President Rafiqul Islam and General Secretary Tanjimul Haque said in a statement: ÒNone of the media professionals will wear this card around their necks or bring it to the gathering. We will abstain from attending the meeting if we are still denied entry. Rajshahi media professionals are urged to be informed about the situation.Ó
Meanwhile, Golam Mostafa Mamun, a member of the Rajshahi District BNP convening committee and the person responsible of the rally’s media committee said: ÒWe are familiar with the professional journalists who operate in Rajshahi. So long as they provide their own card, they will be able to enter even if they don’t have a media card.Ó
Tarique Rahman was sentenced to life in prison over the August 21, 2004 grenade attack – launched on an Awami League rally to annihilate the party’s leadership, including the then opposition leader and current PM Sheikh Hasina, reports UNB.
An FBI official testified in the money laundering cases against Tarique. The acting chief of BNP has also been accused of instigating mobs in Bangladesh to carry out grisly arson attacks in 2013 that killed many after his party boycotted the election.