Rizvi among 450 sent to jail, 23 BNP remanded, Aman gets bail 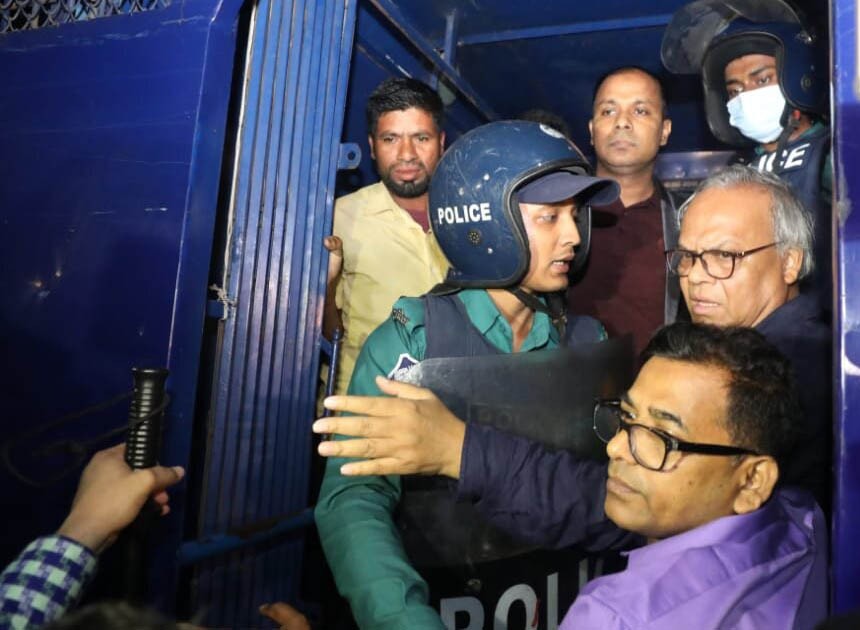 court in Dhaka has rejected bail petitions of 450 leaders and activists of BNP, including its senior joint general secretary Ruhul Kabir Rizvi, and sent them to jail in three cases filed with three police stations in Dhaka.

The court also placed 23 BNP men on two-day remands after they were produced before the court with a seven-day remand appeal in two cases.

Police filed four cases at Ramna, Shahjahanpur, Motijheel and Paltan police stations against 720 BNP activists and over 2400 unnamed people in connection with WednesdayÕs clash with BNP that left one person dead and many injured.

So far 500 people have been arrested in this regard.